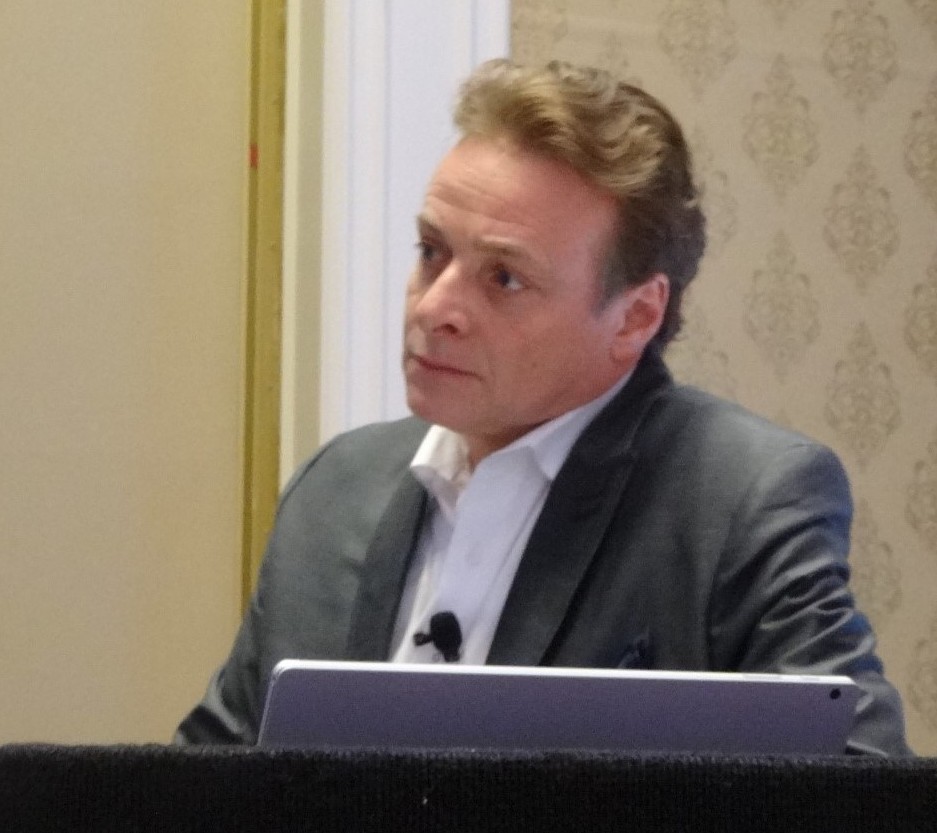 Mark Stross, chief technology officer at ANC, a New York City-based provider of integrated signage, design and marketing solutions, has been involved in some of the highest profile digital media projects in public spaces in the U.S., such as Fulton Center, Moynihan Station and the Westfield World Trade Center in New York.

Stross shared his insights about the digital media challenges and opportunities facing the transportation sector during the recent Infocomm show at the Las Vegas Convention Center.

Digital media in transportation settings must engage consumers, Stross said, and the way they accomplish this is by telling a story. At the same time, the media cannot be allowed to interfere with the transportation operation.

“These projects require an extensive amount of design upfront,” he said. “It is a whole bunch of different systems wrapped up together.”

The trims for the sign have to be exact, for example, and the boards supporting the signs have to fit perfectly onto the building’s walls. Every project has its own nuances, he said, and the execution is always more complicated than expected. The Westfield World Trade Center took three years of planning, replanning and selling, he said.

“What we are trying to do is make the commute more enjoyable,” he said with regard to transportation projects. “People are dwelling on the boards because they tell a story.”

ANC began about 20 years ago as a rotational signage company that primarily served professional sports facilities, Stross said. The company has since expanded beyond arenas and stadiums and has installed visual systems in several urban transportation hubs.

“Everything we learned in sports is now required in transportation,” he said. One important lesson from the sports sector was making sure the signage display experiences no downtime.

“Design is not just what it looks like and feels like,” Stross said. “Design is how it works. What you put into design is important, and what you display will be remembered.”

In addition to the aesthetic aspects, the project must generate a financial return, which typically involves paid advertising. The Westfield World Trade Center project more than covered its costs in two years, Stross said.

As digital media creates new ways to engage the consumer, technology providers must take measures to protect people from the growing cybersecurity threat and, at the same time, assure them that their privacy will not be compromised.

One of the biggest challenges ANC has encountered is cybersecurity, he said.

“Cybersecurity is an issue most of us are not taking seriously enough,” he said. “If you don’t prepare for the worst, you’re going to be taken out.”

ANC first encountered a cybersecurity problem 12 years ago when it noticed images of Chinese flags on its server. Fortunately, they were able to prevent these images from appearing on a digital sign.

When ANC develops a new product for displaying content, Stross hires experts to try to hack it.

“I’m definitely taking it seriously,” he said with regard to cybersecurity.

Privacy concerns are another issue. Camera-based technology that allows the digital project to measure viewer reaction provides critical data about the impact of signage, but consumers naturally are concerned about being monitored while they’re in public places. The digital media industry has to assure the public that it will not share their data with anyone.

After the presentation, Stross told Kiosk Marketplace that he expects interactive screens will become more commonplace in the transportation sector, along with other environments. One reason is that augmented reality will become a significant driver since it will engage users more successfully than touch technology.

In observing how people currently react to most interactive kiosks in public places, Stross said the technology is largely underused because the touchscreen technology does not get their attention.

“When done well, they (kiosks) are absolutely used,” he said.

ANC’s recent projects include the Seattle Mariners — the largest HD video display in major league baseball; the Los Angeles Dodgers — most pixels per square foot in major league baseball; the Cleveland Cavaliers — largest center-hung display in the National Basketball Association; the University of Notre Dame — the first video board at Notre Dame Stadium; and the University of Texas — the fourth largest video board in college football.