In 2005, while most of his peers were probably still throwing keggers, 23-year-old Matthew Corrin was launching a fast casual concept. His goal was to help people live healthier and longer lives by serving fast food that was convenient and affordable. 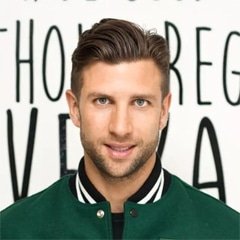 Fast forward 13 years and Corrin’s small startup — Freshii — has grown to more than 240 locations around the world and is well on its way to becoming a billion-dollar business.

Corrin will share that story and what it takes to grow a successful global brand during the closing keynote address at this year’s Restaurant Franchising and Innovation Summit, April 9-11, in Louisville.

“At FastCasual, we’ve been following Matthew’s innovative approach to growing Freshii for years and knew he’d be the perfect CEO to talk about growth, leadership and company culture,” said Cherryh Cansler, editor of FastCasual and director of Editorial of Networld Media Group, the company that produces the summit. “Freshii is one the fastest-growing brands in the world — opening its first several hundred stores faster than even McDonald’s, Dominos and Subway. With industry-leading, same-store sales growth driven by an innovative approach to the fast food market attendees will leave inspired to rethink their approach to business, risk and opportunity.”

Corrin will also share his belief about the power of the triple bottom line: people, profit and the planet.

It will inspire attendees to achieve success by strategically tapping into this new consumer mindset, Cansler said.

George Felix, director of advertising for KFC U.S., is the Summit’s opening keynoter. Other speakers include:

Cherryh Cansler has been a reporter and editor for nearly 15 years, writing on a variety of topics, ranging from the restaurant industry to business and health and fitness news. Before joining Networld Media Group as managing editor of Food/Retail Publications, she was content specialist at Barkley ad agency in Kansas City and has served as editor for several publications. She's also written for several daily newspapers, magazines and websites, including Forbes, The Kansas City Star and American Fitness magazine.