When it comes to relating to the stressors that plague fast casual leadership and restaurateurs, few business speakers have experience as close to the bone as the woman who gave the keynote address Sunday night at the 2017 Fast Casual Executive Summit in Nashville.

That’s because CNN commentator and best-selling author of “The 5-Second Rule,” Mel Robbins, knows the restaurateur’s stressful life firsthand, through her own husband’s struggles to launch a pizza brand right on the precipice of the Great Recession. 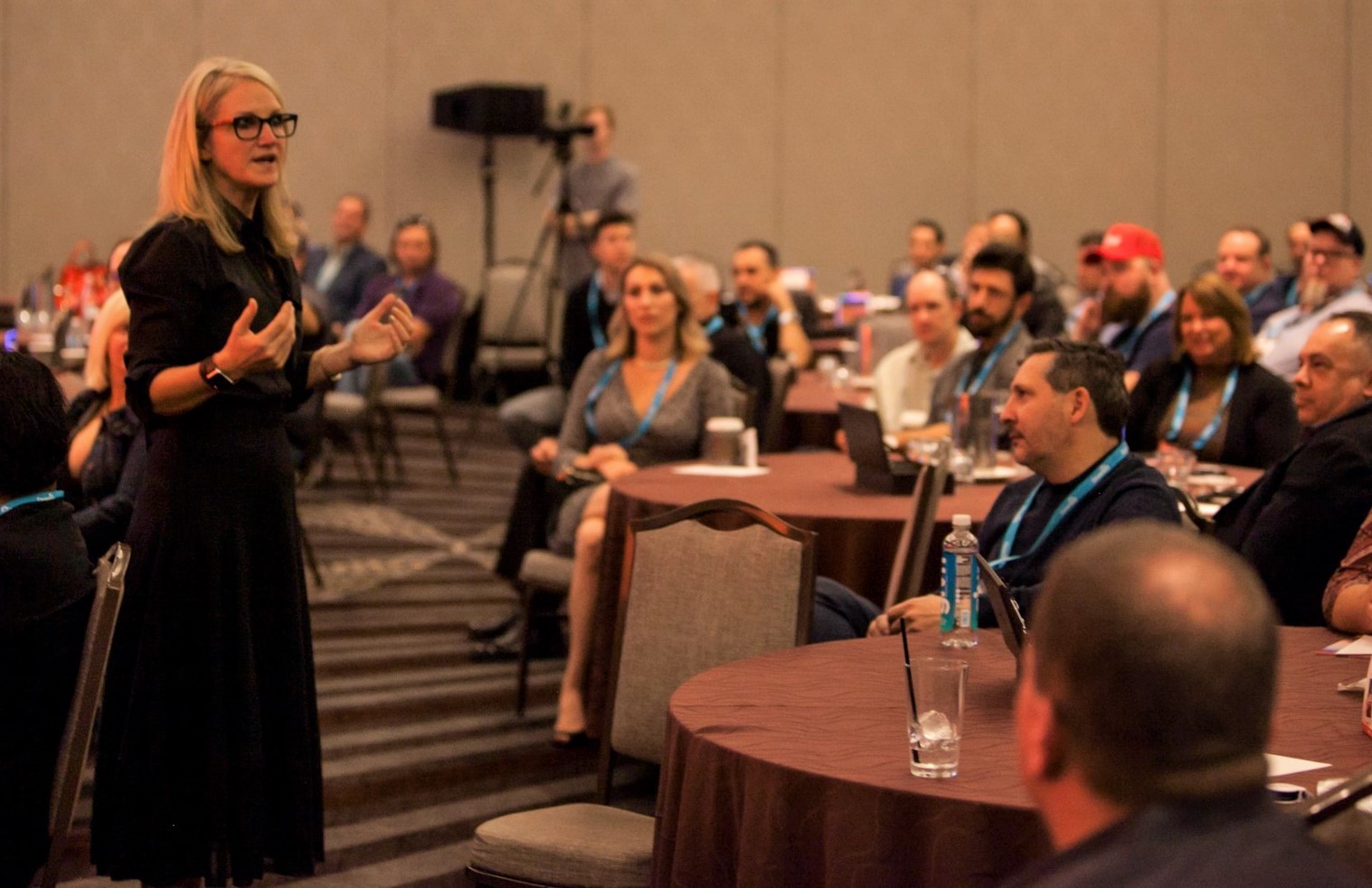 As the brand faced problems that ultimately cost Robbins and her husband some $800,000 in losses, Robbins said she began a cycle of procrastination that did nothing but make matters worse.

Nonetheless, just about that time as she found herself almost unable to get out of bed in the morning, she struck upon a solution to the stress of business leadership and power of great decision-making that she told the crowd is “so simple it’s stupid.” Indeed, it was not until she undertook three years of research into why this rule she had happened upon worked so well, that she fully understood how it saved her, her career and possibly her dearest relationships.

Sunday, a hushed crowd of hundreds at this year’s summit listened intently as she described how she discovered that by giving herself this five-second countdown to action. She overcame the hurdles that freeze decision-making and prevent brand leaders from making those very scary changes so integral to restaurant industry success.

“Knowing what you want to do is not enough,” she told the group at the Omni Nashville Sunday. “No, you have to know HOW to make the change. … And then, when you have to, then you might not have the courage.”

The 5-second-rule: Melting the frozen brain back into action

Robbins found her struggles just to get out of bed in the morning just as her husband’s business was failing were ruining all their lives. But in desperation and self-frustration one morning she issued herself an ultimatum that would countdown from five and then launch into action.

She was as amazed as anyone when it worked. So she tested again and again, and to her astonishment, it seemed almost a procrastination cure-all. As she continued to extend this rule to new and wider applications, she realized that it was truly making her take action in the most stressful situations.

She shared this in the midst of one of those very stressful moments that she experienced while giving a TED talk. Someone in that audience posted the talk on social media which literally launched her new careers as commentator, author and motivational speaker.

For the fast casual leaders attending Sunday’s address, it clearly registered. But for Robbins, it took three years of research into the brain science behind this approach that ultimately helped her understand why the simple approach works so well.

As she explained, stress does a number on the primitive parts of the human brain triggering something she refers to as an “autopilot response.”

Neuroscience now shows that when making decisions both emotional and analytical parts of the brain are critical, but the latter more or less “freezes” when you’re stressed. You procrastinate.

The 5-second rule works by first acknowledging the fact that you’re anxious about the subject at hand and that’s natural, but then use those five-seconds to launch into action not about “handling the stress” but about doing the very thing you’re stressing about, or at least taking one definitive step to start that.

Don’t analyze the decision, just do it. The five-second countdown works like revving up an engine to “peal out” from the starting gate. In essence, it throws enough proverbial “ice” on the brain to switch you to action. Then she advised committing to working on that action for five minutes since “80 percent of people will keep going.”

She concluded with a thought-provoking challenge for these restaurant leaders – almost a dare:

“At the end of the day then, ask ‘What do I want to change?'” she told them. “You all have the answer. … The harder question to answer is WILL you change?”