“It was ugly!” Fazoli’s President and CEO Carl Howard exclaimed as he detailed the state of the chain when he arrived to lead it nine years ago. “I mean everything you can think about a restaurant chain — it was wrong.”

That’s not really “CEO talk” when it comes to their brands, but Carl Howard isn’t a typical CEO nor is his Fazoli’s chain a typical restaurant brand. In fact, it was bordering in extinction in 2008,  when he stepped into its leadership position.

As he explained to the crowd of international restaurateurs at the July Restaurant Franchising and Innovation Summit in London, Howard was hired as a Comeback Kid by the brand, which had been limping along in the QSR space, watching same-store sales drop for 54 of the last 73 months, necessitating the immediate closure of 100 locations. 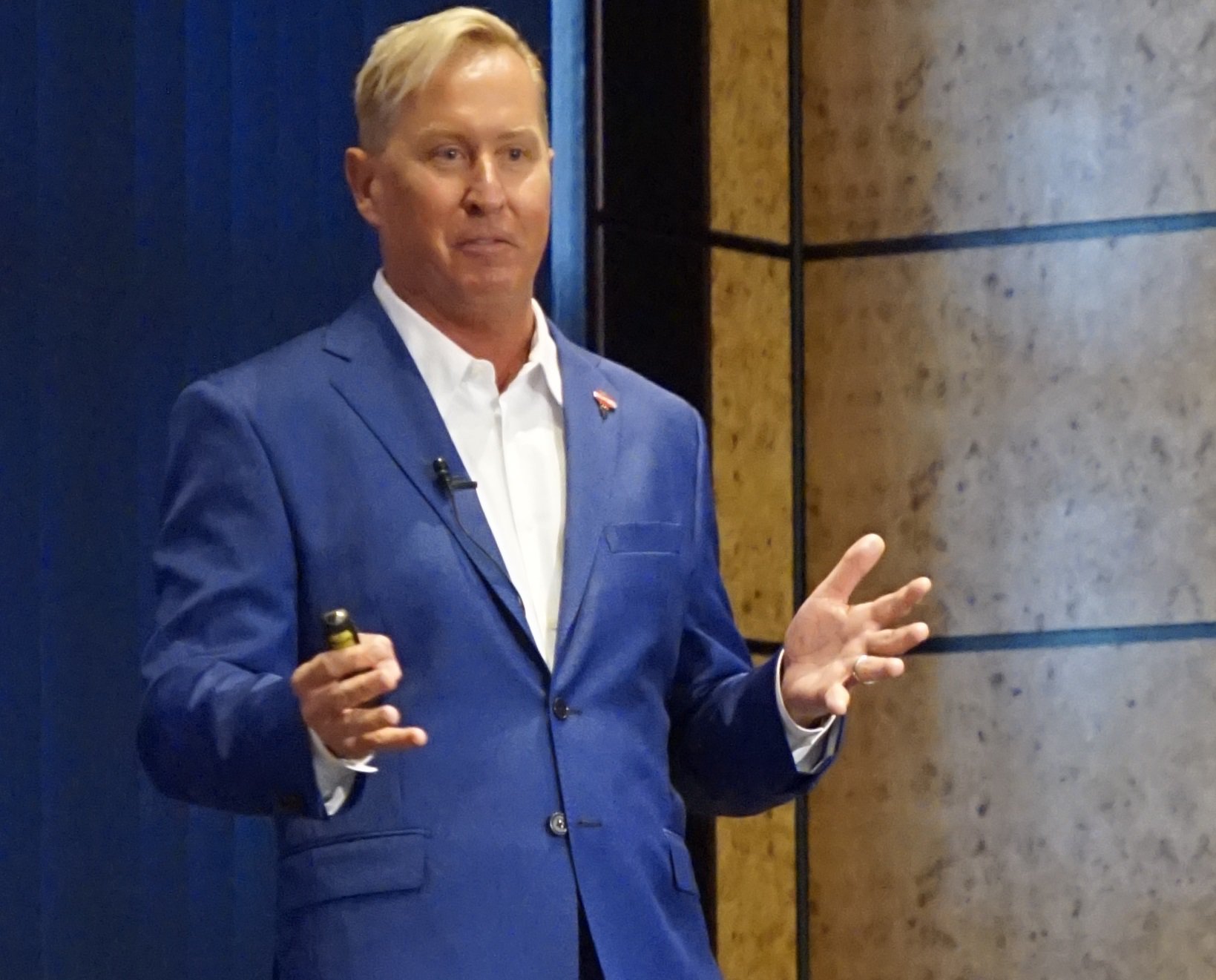 Oh, and the food?

“We were Italian food fast. … We were ‘How quick can you get it ready and shove it out?'” Howard said. “We were actually waiting for guests to come. … It was just a bad strategy. … I mean if you’re a restaurant, and you can’t do food, you’ve got a serious problem.”

Now, if you’ve ever talked much to Carl Howard, you quickly understand this is not a guy who sees something that’s broken and sits around waiting for somebody to fix it.

He is, instead, the quintessential action-oriented restaurateur and his actions around Fazoli’s have been, as the British say, “Spot on.”

The proof of that is in Fazoli’s phenomenal turnaround tale and current success. After a brand overhaul, it now competes in the fast casual market and boasts an AUV twice the average for the sector and about $3 million in annual sales at the newest locations.

How’d Howard do it?

But Howard came to London to tell summit-goers how he did it, and the first thing he told them was that at Fazoli’s, “Leadership was our biggest issue.” Hence, if you asked him how he did it, he’d probably say “with a good team.” He explained to the London gathering that when he realized leadership was lacking he set about forming an eight-person leadership team to take on the Fazoli world and make it a Fazoli paradise.

Included in that new group were leaders and experts in these eight functions:

You might call them the Transformative Nine, but together they created the path forward and what they term, Fazoli’s 3.0 — essentially an amalgam of just about every key trend taking shape in food service today, including that switch to the fast casual category and all its current possibilities.

Aside from that operational switch, other critical changes included:

The fruits of those labors

Less than 10 years later, Fazoli’s is growing, which Howard described as “the last piece of the puzzle.”

“But when I started the AUV was $15,000 and now it’s $22,000 per week, and we just finished 17 consecutive quarters of same-store sales growth. … Also every franchisee in the last two years has set a sales record. … So it’s really paying off.”

… And the, Howard sails off into the sunset, right?

Sorry to burst the bubble of this potentially happy ending, but it’s premature, Howard says, at this point. That’s because he said that the truly most difficult part is happening now — getting the brand growing again.

Likewise, in his view, the national economy has experienced a bit of a climate change itself, leaving restaurateurs today sitting squarely in the middle of the new “stay-at-home economy” — which he refers to as a “revolution” for food service.

Of course, this Comeback Kid and his team of eight are taking action to continue to grow tall amidst this new landscape. In other words, expect more of the “Howard effect” coming soon to a Fazoli’s near you.