People want to complain — and not to the manager, said Andrew Gruel, founder, CEO and head chef of Slapfish Restaurant Group, when he kicked off the inaugural Restaurant Franchising & Innovation Summit Wednesday at the Highland Dallas Hotel in Dallas.

And how a company responds to those complaints is a key element to business success and engaging and building a strong, loyal customer base.

Gruel shared inisight on the importance of interacting with customers digitally via social media, as well as at online review sites like Yelp. He responds to approximately 30 online reviews about Slapfish a day — regardless of whether they are positive or negative — and that by correctly managing social media a company can reap tremendous benefits.

“When people complain, they have passion,” said Gruel, who stars in FYI’s reality television series, “Say It To My Face.” “Encourage your team members to take that passion and turn it upside down.”

Gruel founded Slapfish in 2012, as a food truck and opened his first brick-and-mortar store eight months later. One big challenge was figuring out how to grow his brand. In doing so, he came to realize the power of social media and that it offers a free approach for marketing and advertising. 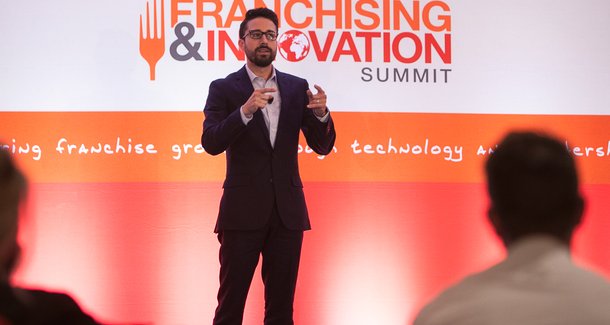 All restaurants make mistakes and not all customers will be satisfied with their meal, acknowledges Gruel, a former chef. The challenge is figuring out how to capitalize on the negative reviews. According to Gruel, 85 percent of diners find out about restaurants through Yelp.

“It’s all about engaging with guests and admitting when you’re wrong,” Gruel said. “I tell my team members to look for negative reviews.”

If Gruel finds a negative review he personally responds.

“It comes down to telling guests what they want to hear,” Gruel said. “People who complain just want to be heard and acknowledged.”

He also instructs his Slapfish team members to treat every customer who they serve as a one-star review on Yelp.

“Their job is to get that customer be a five-star review,” Gruel said. “Engage with customers to mitigate a possible bad review.”

Gruel used the example of a female customer who posted a scathing review on Yelp about a Slapfish burrito. Gruel jumped at the chance to make that dissatisfied customer a customer for life. He responded to her post, asking her how she would make the burrito better and offered her a complimentary burrito each week for life. He even invited her to the restaurant and set out ingredients for her to make her own burrito.

“Now she comes in three times a week and gets her free burrito,” Gruel said.

Taking such an approach can help shut down negative reviews that have potential to go viral. Gurel stated one bad review on Yelp equals a bad review from more than 1,000 people who didn’t post a review.

Making the most annoying customer a best friend is paramount to Gruel’s business model.

“Publicly and privately respond to reviews,” Gruel advised. “Eighty percent of our guests find out about us via social media. As a franchisor, I can secret-shop our franchisees — and it’s free. You can tell by a customer’s body language how they’re feeling. Watch how quickly they become your best friend by engaging them.”

Reprinted with Permission from www.FastCasual.com.

Travis Wagoner is a previous editor of DigitalSignageToday.com. He spent nearly 18 years in education as an alumni relations and communications director, coordinating numerous annual events and writing, editing and producing a quarterly, 72-plus-page magazine. Travis also was a ghostwriter for an insurance firm, writing about the Affordable Care Act. He holds a BA degree in communications/public relations from Xavier University.